0
was successfully added to your cart.

Architecture and its relation to designed object is a frequently discussed and constantly redefined concept through time. On the other hand, the relation between the designed object and its environment usually starts shaping with set of decisions made by the design team. Nevertheless every space develops its own identity transcending the architect’s comprehension, created and evolved by the interaction with its surroundings and users. Because the space itself exists with its agents/effectors, a constant transformation occurs which makes it possible  to see the space beyond a crystallized moment and rather a fluid set of actions.

Imitata, explores the concept of the mutual transformations of the users and their environment by enabling a real time interaction in between. The space, reacts to its users movements constantly allowing its objects to shape or manipulate it.

Imitata is named after an aquatic mollusk,  Phreatodrobia imitata  (Mimic Cavesnail). Imitata mimics natural grottos which are small caves (shaped by natural effectors, mainly by water) near water and often flooded. Imıtata is a parametric semi regular tessellation composing of pentagons and quadrilaterals. It creates an artificial grotto environment with kinetic pentagon stalactites. Different cutting techniques were explored to define 3D volumes with planar materials without losing its initial material properties, that also allows the kinetic movement of the grid of stalactites.Stalactites reacts to existence of users by expanding towards them. The usage of light within the grid creates various shadows in space with the movement of reflective and translucent stalactites. This mimics the effect of tidal movement of water in natural grottos. 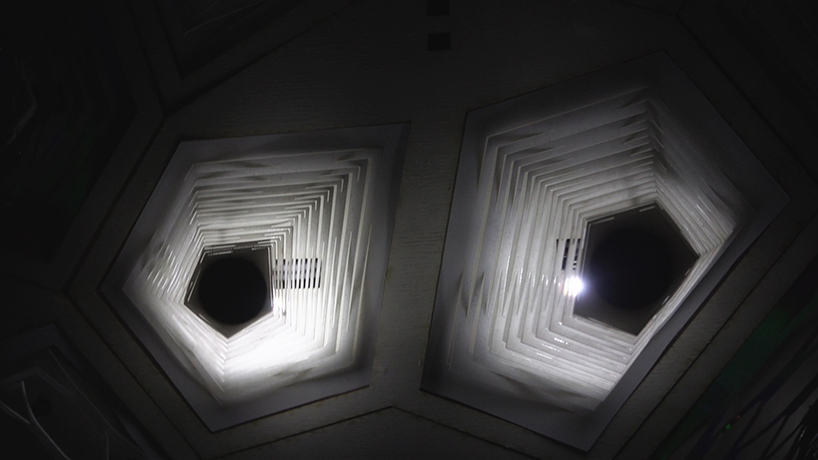 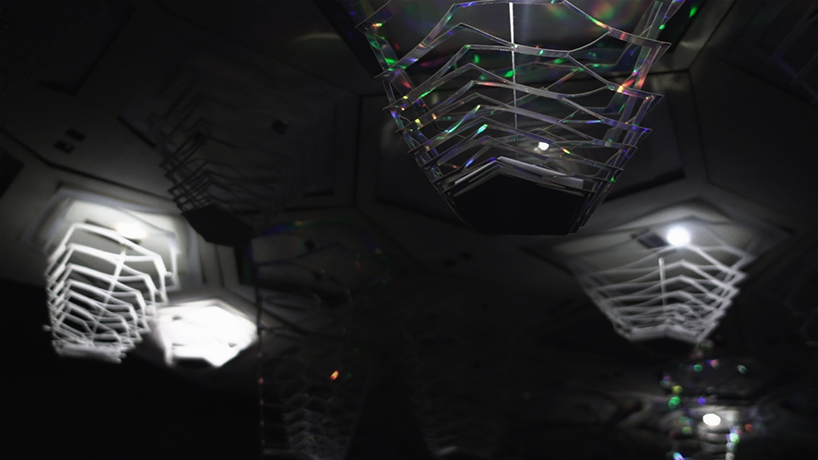 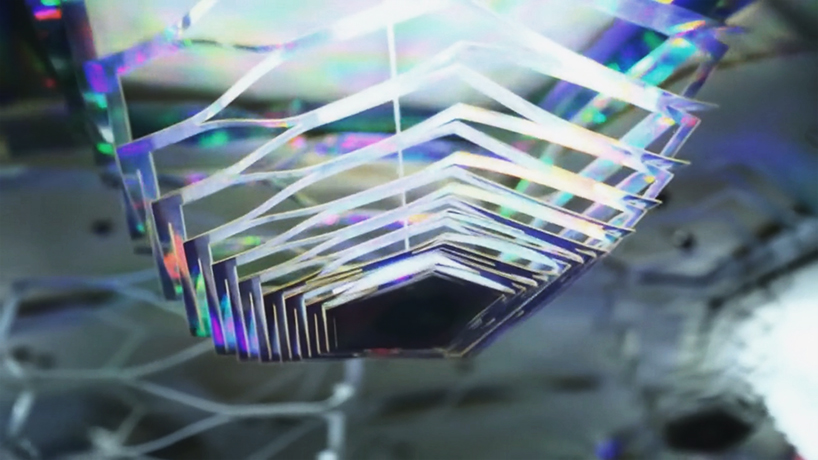 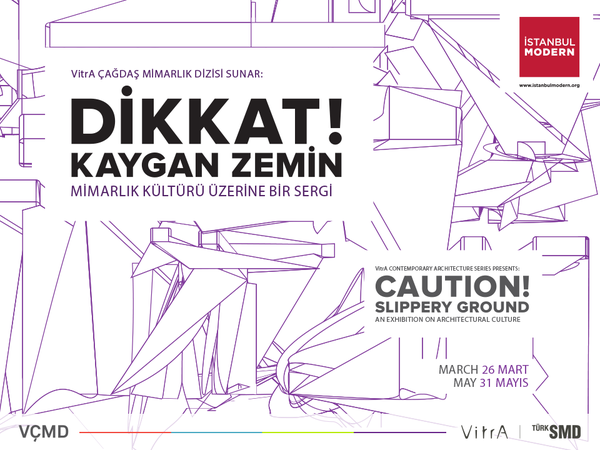